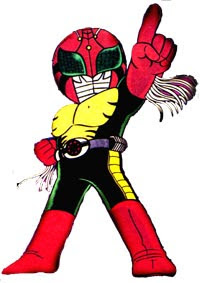 Many thanks once again to all of you for stopping by, and especially for
being fans of these bands... Cheers!
Posted by Dgrador at 12:04 AM 4 comments:


"Thee Gorgons, a heavily 6 t’s garage punk- influenced combo, comprises of four young belgo-parisians who got it together to deliver one of the most furious muzic that Camembert-land had ever heard." - Sud-Ouest - décembre 1993

"Now, how did the JC and the gorgz met…? My memory escapes me, but as soon as they did, they became sort of unseparable…JC was undeniably the fifth Gorgon to say the least and soon decided to have them live on his radio show, as resident guests, one evening a week. It's was a mutual discovery !....." - Thee JC Pat's extraordinary adventure


"(...) Let us locate start the matter of these furious: Cramps, Stingrays, Milkshakes, Meteors. On scene they take again Headcoats, Mighty Caesars, Gun Club and on the album the "Cry cry cry" of Unrelated Segments already taken again by Cynics on their last LP. For the remainder, they are compos in the line line of the groups that they respect: direct and wild. To make all this din, they are only three, battery low guitar, plus a somewhat disturbed singer who cannot prevent himself from howling. The guitarist must adore Link Wray and Poison Ivy but also the tricks punk sixties.


What is obvious, it is that that does not sound at any time revival (...), Gorgons are descendants of Sonics, Troggs, Milkshakes, Wampas! No the plan of career nor of blunt worship of the sixties, they like to make noise, they like to do it quickly and they like that it sounds true (...)" - Larsen n°4 - March 93 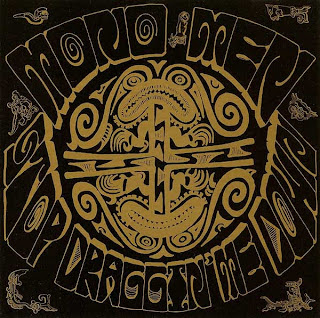 "While the Mono Men were often pegged as just another garage-revival band, anyone who actually listened to them knew there was a lot more to their sound than that - punk, blues, and straight-ahead hard rock informed their sound as much as 1960s fuzz-tone raunch..." - Freak Emporium


"About two hours from Seattle, in the seaside town of Bellingham, WA, the Mono Men pursued their campy retreat to '60s rock revivalism via the Sonics, the Wailers, and loads of teen exploitation flicks, but don't be fooled -- their music is loud, fast, and aggressive.


"If you want a clearer idea of where these guys are coming from, well, you can safely file their records with those by the Lyres, the Nomads, the early Lime Spiders or early Stems, and maybe to some extent the recent Cynics and Boys From Nowhere. It's music that doesn't necessarily burn it up for tempos (though they do have their fast ones), but relies instead on tough, hard guitar courtesy of Dave and Marx Wright, punishing drums from Aaron Roeder and some great screamer vocals shared by Dave and Marx. Dave Morrisette plays bass." - Noise For Heroes #20 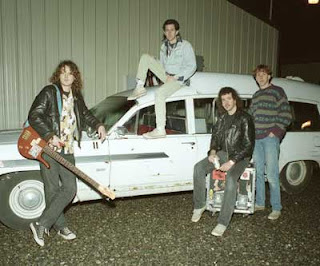