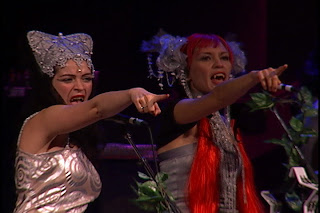 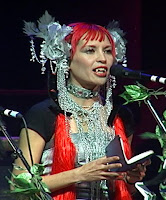 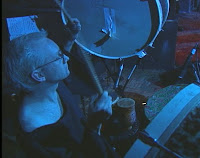 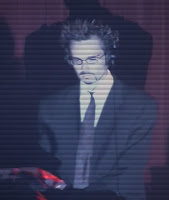 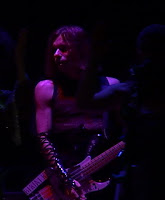 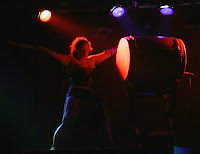 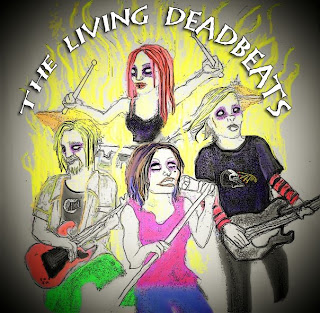 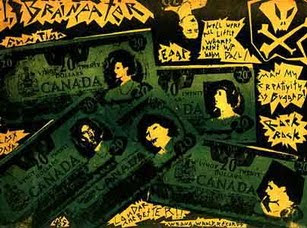 
"Amazing punk rock out of Canada. Badly mastered. Low volume all around. Sloppy and hectic instrumentation. Short songs. What more can you ask for?" - The Flakes // Drummer


"Its quite hard to explain just what the Braineaters do, besides working and playing very hard, but visually their art is a bizzare melange of science fiction and sword and sorcery, flavoured with punk mythology." - The Georgia Straight


"Better known as Canada's Legendary Punkrock & Art Icon, Braineater is the master mind of Jim Cummins from Vancouver. The 1979 'Braineaters' EP was a punk manifesto and featured guest appearances by Buck Cherry (Modernettes) and "Art Bormann" (aka Art Bergmann) of K-Tels/Young Canadians fame.

Jim was the designer of album covers for many bands, including The Pointed Sticks - Skinny Puppy - Itch - Pure - Dog Eat Dog. He has had more than 40 art exhibits and over 100 gigs in Vancouver, Toronto, Seattle, Montreal, and Amsterdam over the last 30 years . .....his music videos show up on MUCHMUSIC and Bravo!" - official fanclub page


. . . and their [Braineaters] new record is simply the best thing to emerge from Vancouver, musically, conceptually, and in its packaging. this record is the best buy on earth." - Dense Milt


"There was a young artist who grew up in horse racing tracks up and down the West-Coast. This kid saw comic books collide with canvas at an early age. Jim Cummins ( aka I, Braineater, to the world at large) lived a life full of cartoons, rock n' roll and kicks. He made art of this comic book life. And he still does. The spirit of Braineater has always been the juice and verve of a larger than life pop parody. His music, films, artwork and performances are as entertaining as a Merry Melody cartoon, and just as amazing. Like the best pop artists, say. Lichtenstein, Warhol, Oldenburg, Big Daddy Roth or R.Crumb---Jim Cummins has made the common extraordinairy." - Art Perry


"It's only when you hit a nerve that you know you're on the right track." - Jim Cummins 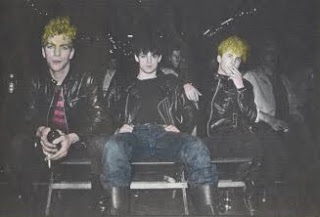 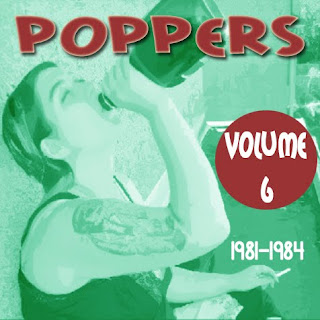 
Sixth volume in the 8 disc set, which is a direct response to the Borack 200 list of essential PowerPop albums. 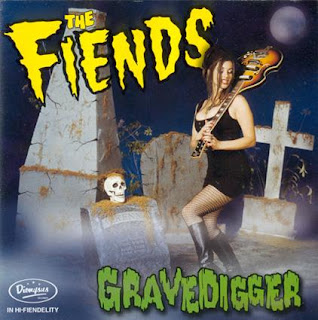 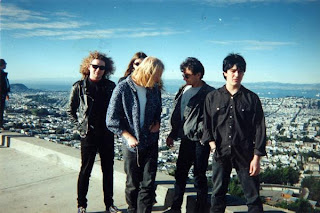 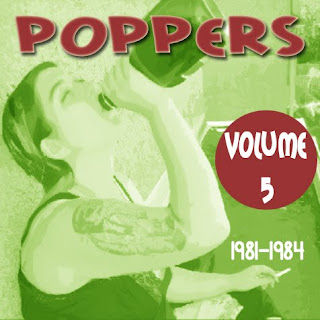 
Fifth volume in the 8 disc set, which is a direct response to the Borack 200 list of essential PowerPop albums. 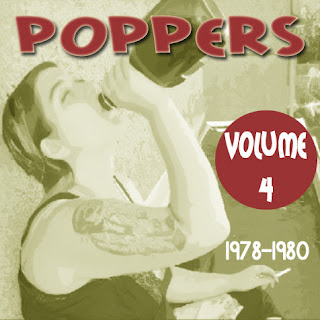 
Fourth volume in the 8 disc set, which is a direct response to the Borack 200 list of essential PowerPop albums. 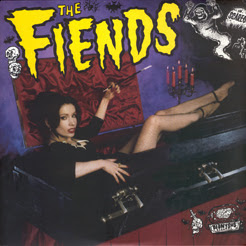 
It's time... to blow your mind... with a creepy crawly mess of sixties-inspired fuzz'n'farfisa courtesy the Fiends, the perfect soundtrack for midnight garden raids & grave robbing expeditions...

"Formed from various garage bands (The Enigmas, The 14th Wray, The Minstrels) Vancouver, Canada's The Fiends take their cue from faves such as The Music Machine, Screaming Lord Sutch, The Kinks, The Seeds and other 60's garage bands. Even though singer Greg says that the first two albums he bought were by 80s garage bands, The Gravedigger V and The Untold Fables! The Fiends sound like they carry switch-blades instead of garage records, using fuzz guitar, Farfisa organ and snotty, sometimes blood curdling screams, evil laughter, playing tight, creepy ditties with a gore-gore theme to 'em. This is super energetic 60's trash wrapped in graphics that will appeal to any horror film fan! Anyone who has seen them live can testify to their atomic powered energy level! -Dionysus 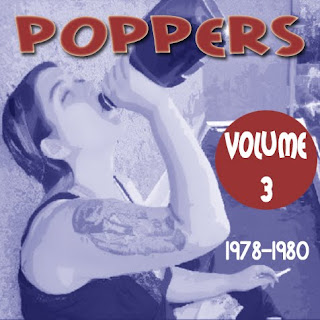 
Third volume in the 8 disc set, which is a direct response to the Borack 200 list of essential PowerPop albums. 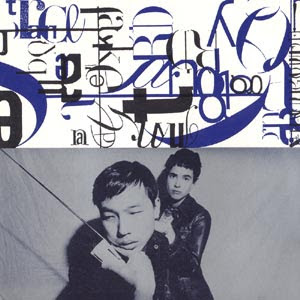 
"Rumors have it that bootleg cassettes of their early projects often trade hands in Japan and England for a week's salary...Kicking Giant composes such creative, almost visionary music in the midst of today's mass-produced indie rock that you can't help but wish them more commercial success." - Edwin Ong


"This NY Duo is all over the place. A man and a woman. They play very addictive pop at times. Then movie soundtrack type stuff. Then DNA noisy items. Hard to figure out but on the edge of some other reality. I like a lot of the songs and the mix is nice, like listening to the radio; lots of styles. I like the graphics and the direction. They may get better with age." - BdeV


"When the Pacific Northwest's underground punk music became the Western world's mainstream rock, one of the few bands to dig deeper into its bunker was Kicking Giant. The duo--guitarist/vocalist Tae Won Yu and drummer/vocalist Rachel Carns--became cult favorites in this region, playing raw, raucous live shows at venues like the X-Ray Cafe in Portland and the Capitol Theater in its hometown, Olympia, throughout the early '90s." - ALYSSA ISENSTEIN 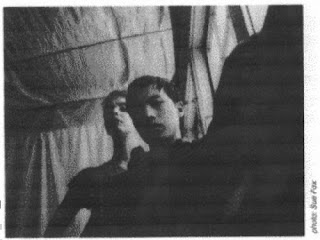 "THIS PERFECTLY NAMED combo blows outta the K stable like a mortar. The indie label is frequently associated with more shambling, cutesy pop, and with mewling grrrl punk as well. K.G. references both, but its roots seem to extend deeper, back to late '70s Great Britain when groups like The Raincoats, The Slits, Mekons, ATV and others beat the post-Pistols tribal tom-tom loudly and lustily.

In other words, K.G. knows how to rock a three-chord progression when it wants to keep stage divers happy. And it also engages the brainier element in the audience by tossing in slightly askew melodies, trance-drone interludes, hiccupy rhythmic clatter and dissonant vocal harmonies." - Fred Mills


"The chemistry here is so even-tempered that the NY/Olympia duo have obviously contemplated their options well-beyond "love rock/punk rock/noise rock" and are making huge strides into rock-oriented compositional scores. Tae Won Yu ... combines the precise rhythm of surf-beat rhythm with a plucky melodic groove that always seems to suggest other instrumentation altogether. Rachel Carn whips up a frenzied stand-up/stripped-down beat meant for dancing and loving it." - J. Free 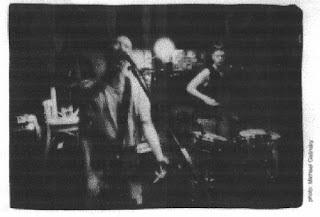 "From the opening guitar rev up of the title track, Kicking Giant's Tae Won Yu (guitar/vocals) makes a declaration of unadulterated indie rock. Combined with the primal-stomp drumming of Rachel Carns (played standing up à la Maureen Tucker), Alien I.D. proves just how unnecessary a bass player can be when making hook-laden indie punk-pop. What's most impressive about Kicking Giant is just how complete sounding their meager two instruments can be. From the cardigan sweater power ballad of "Drownings" to the Sonic Youth-style tone poems of "Inside out Flower and "Serrated Edge," there is never a feeling that something is missing. In fact, the addition of an excess performer, Sue P. Fox's irritating spoken work on "Town Idiot," is the only misstep on the album. The closer, "She's Real (Version)," crystallizes not only the lo-fi independent ethic of K and its founder, Calvin Johnson, but also the '60s garage pop lineage from which that sound was formed." - Joshua Glazer 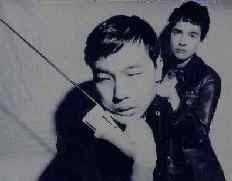 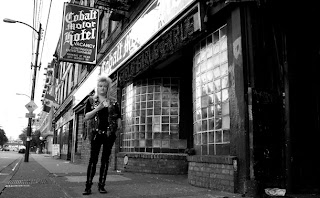 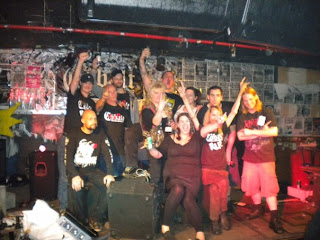