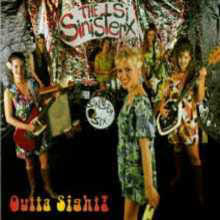 
"From the great Northwest's dark side comes Sinister Six. They play hard, bluesy Garage Rock with no punches pulled. If you know anything about Seattle's underground, you know of its love of garage music and the legendary bands it's spawned (Night Kings, Fallouts, etc...)." - Empty Records


"James Burdyshaw (aka Brother James) was already a legend in the Seattle music scene by the time the Sinister Six got underway in 1992. He had been involved with the mid-'80s trio 64 Spiders, the late-'80s rock group Catbutt with members of the U-Men and Girl Trouble, as well as the short-lived, early-'90s garage outfit Yummy. Burdyshaw founded the Sinister Six with vocalist Doug White, bassist Mark Ferkingstad, and drummer Erik Hildahl. Together the new quartet found themselves under the influence of various garage band luminaries -- the most mentionable being the Sonics, who'd preceded the Sinister Six by three decades on the Northwest scene." - Stephen Howell


"The band is a veritable force of nature on the debut Outta Sight (Empty, 1993). Singer Doug White skins cats with a psychotic grin in I Hate You and Out Of My Way and boasts the howl of a wolfman in Psycho Train and Pain In My Head, songs that rarely deserve to be called "music" but that serve a high-octane dose of vibrations. Guitarist James Burdyshaw's solos are heroically repugnant: having vividissected the voodoobilly I Don't Know and stabbed to death the garage blues Backwards Funny Car, his guitar launches into the glorious distorted riff of Kill You Tonight, thereby sealing one of the few Seattle albums that deserves the title of "masterpiece"." - Piero Scaruffi


Tracklist:
Kill You Tonight
Do You Understand
I Hate You
Psycho Train
Go Away
I Don't Know
Outta Sight!
Mother Joseph
She Starts My Motor
Out Of My Way
Black Berry Brandy
Backwards Funny Car
Whirlwind 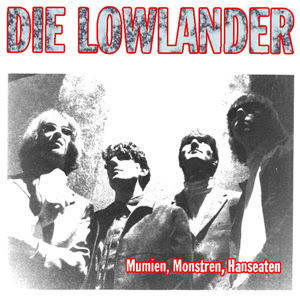 "The Morlocks are dead, but Die Lowlander are their sons and are alive !!! I love them ! - Sylvain


"This is a fist directly in your fucking face. ULTRA hot german far out garage TRASH!!! With a brilliant cover of LIGHTENING BEAT MAN's "Hurt Me" and a PRETTY THINGS styled "I Got My Mojo Workin' "..." - Subterranean.org

"Holy primitive wildness! While in the whole world the Mummies are admired, someone hardly knows the Lowlanders better around worlds. A Fuzzgitarre roars to you the head fully, somewhere a Scheppern as Schlagzeug and over it a distorted requiring crying to be struck that is “Hurt ME”. “Gotta go” then in the loved uptempo Trash Rocknroll style simply a force. And “I got my mojo working”: English 60 ' s R&B so untwisted that even the gene rate trouble it would have in addition only already to Lip Synchen. A party Smasher certainly in each still so gediegenen club the picture of the destruction leaves!" - Transgoogled from German 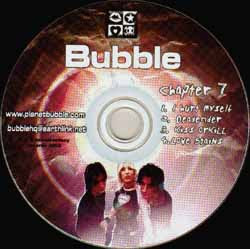 "The cutesy name might imply a more sugary pop sound, but make no mistake: When Bubble starts blowin' up onstage, what you get is as gritty as it is pretty. Led by hubby-and-wife musicians Share (vocals and guitar) and Bam (drums), the band writes irresistibly tough and trashy tunes enhanced by the pink-haired singer's smoldering rasp (which goes from sounding like Joan Jett to Janis Joplin to Wendy O to Rod Stewart)." - Lina Lecaro

"I'm addicted to BUBBLE, and I invite you to join me right now." - Laurent


" Share, Bam, Luke and Brian are Bubble. Guitar, drums, bass and another guitar are Bubble's machines. One of LA's best bands promised a lot of new stuff from new CD, Chapter 7, at this performance. That they did...Strong clear hard guitars and drums. Sharp hooks and spit-out lyrics with edge and anger. Basics and fundamentals. Integrity and credentials. Dedication and delivery. (The new governor should be this good.) Textures and waa waa pedals. A nice crowd of friends, fans and peers packed in to the Dragonfly for an all too short set, barely a half hour." - MakeaStar.com

"4 killer rock'n'roll tracks, yeah! there's a few rock'n'roll bands left in the US and BUBBLE is among them, there's no doubt about that. There's been some changes in the line-up since the first album (which is sold-out now) but it didn't have a bad influence on the music. The first song 'I Hurt Myself' directly puts the listener in the atmosphere of this CD EP and those who already know the band will recognize the BUBBLE touch with the first guitar chords.If you're not familiar with the band yet, I can say that those songs are in the punky glam pop rock'n'roll vein. my favourite ones are "I Hurt Myself" and "Love Stains" but "Deadender" and "Kiss Or Kill" (which is more melodic) are good too. Well, you should get this as soon as possible!" - Laurent 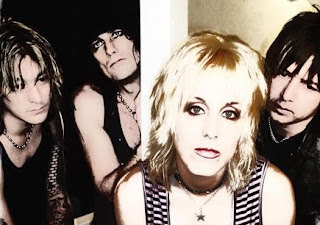 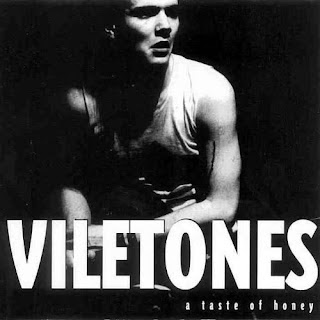 
"Way back in the Spring of '77, in a mere two hours (utilizing a mere two-track recorder!), four guys from far-off Toronto more or less set the tone for all that was to become - albeit all-too-briefly - the phenomenon known as (N.American) punk rock.

Sure, them Ramones were already inching towards the bottom of the Billboard charts, and such pretenders-to-the-gutter as the Dead Boys and Dickies were busy tightening their Levis and chopping up their Bowie shags. But The Viletones, propelled by the fierce six strings of guitarist Freddy Pompeii and the anything-Iggy-can-cut-I-can-cut-deeper antics of vocalist Steven "Nazi Dog" Leckie, had by early 1977 already defiantly distilled their Pistol-y attack in the bars and college basements of Southern Ontario, Canada.

Fortunately for us and, yes I suppose history's sake, the 'tones had the foresight to one afternoon record their entire repertoire and its release now, two whole decades later, not only proves this band to be one of the few genuine practitioners of p-rock at the time (before the neutered pap of the Costellos and Cars took over), but demonstrates just how positively trite modern-day interpreters of this genre really, really are. To sum up then, this disc's one history lesson you certainly can - and should - slam away to. Have fun!" - Gary "Pig" Gold


Tracklist:
Never Feel Sad
I Hate You-Without You
Just For You
Dog Style
Screamin' Fist
I Don't Care
Little Girl
Possibilities
Danger Boy
Rebel
C.O.N.T.R.O.L.
Richard Speck
Swastika Girl
Rather Be With Me
Does She Jump
KGB
Won't You Let Me
Bonus Track