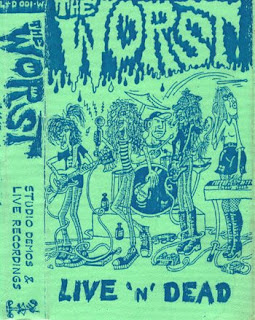 A must-have. Did I say raw?

When did it all start with The Worst?

We started about 1989 if I remember correctly. Grant and I started the band with me playing organ and him on guitar and Jim Bescott of The Young Canadians/K-Tels who played drums and sang. Then I moved to singing and playing with my organ and we picked up a guitar player and a new drummer. I got kicked off organ for I couldn’t play anyways, and it wasn’t any better when I was trying to sing as well.


Who were the members back then and who were till your break up?


Were you involved in any other bands by then?

No I wasn’t. We put out a version of “Jack the Ripper” as the Graverobbers.


What was The Worst’s main inspiration?


Did you have any inspiration from the 80s garage punk scene?

The Cynics, Gravedigger V, the Gruesomes and Grant's record collection.


You are from Canada but every records release came out from Europe. How come that happened?

We first put some songs out on fanzine compilation tapes. They got over to Europe and Screaming Apple liked what they heard and contacted us. The singles where better distributed I guess there also.


Did you play live outside Canada?

We played with the Undertakers in Tumwater Washington. We were pretty awful. I didn’t have a band at the time. It was a bunch of friends who helped me out. We shouldn’t have drunk so much and we should have practiced more…


Were there enough people in Canada to attend your shows and buy your records?

Yeah, there was a scene going on I think. The Smugglers were just starting around the same time. Nardwuar (Evaporators/Goblins) was promoting a lot of Garage shows. He gave us our first show with the Mighty Squirrels and the Mono Men. We also played in town with the Fastbacks, Marshmallow Overcoat, Mummies, Headcoats, and the Cynics.


Suddenly after three great vinyl releases and while waiting for the second LP to come, The Worst finished their creepy career. What exactly happened?

The band wasn’t going where I wanted to and Brian and I started The Fiends. Our last record wasn’t really in the the Worst vain. Rieuwert and I should have changed the name. We were in a different direction in music styles. I liked FUZZZ and monsters and he liked more pop 60’s. I like that also but it doesn’t really match with the 45’s. Like The Creeps first record and then to the WEA release. The Fiends let me have Fuzz, Organ, and Monsters…


Do you know what the other members of the band do today?

Grant is playing in a surf band next week at a place half a block away. Rieuwert and I are planning on finishing our last efforts. He also re-mixed the last LP and created a CD out of it with some bonus tracks. Just need to finish the cover.
- interview by Thee Cave 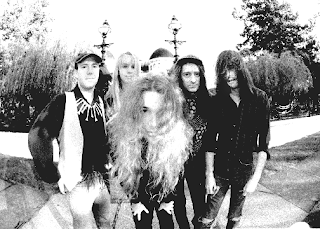 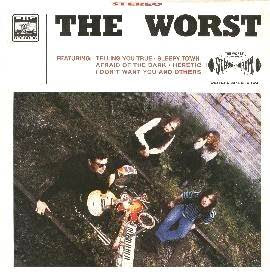 
"More garage revival nonsense. By the 90s, I was not nearly so interested in the tunnel-vision Chesterfield Kings wanna-bes as I had been in the previous decade. It seemed that by then most of 'em were more concerned with getting their hair to look right than in knocking out a decent chorus. Inexplicably, the debut LP from these Canadians is a rock-solid monster, with every track full of stinging fuzz, squalling organ, and a cool, sinister vibe. Atypically for such affairs, all of the tracks here were written or co-written by guitarist/organist Rieuwert Buitenga, and most feature either a memorable hook, or an interesting production treat; often both. Six tracks clock in at under two minutes, which never hurts anything. "Little White Lies" is not the catchiest thing on the album, but I love the organ riff, the ghostly backing vocals, the fuzz tremolo, and the sneer. The Worst have a skill and passion that so many of their gear-ically correct peers can't even sniff from where they're standing. They articulate rather than re-create. Dig it." - Jon Harrison 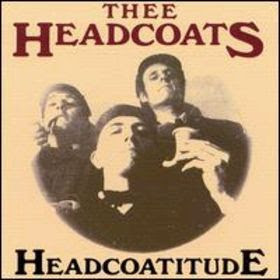 "This album can stand alongside the debut recordings of the Downliners Sect and the Pretty Things (not to mention the compiled work of the Liverbirds, so we're talking really, really extreme) as some of the finest primitive rock ever to emerge from England. From the bluesy British Invasion-styled "My Dear Watson," Thee Headcoats engage in a crude but compelling assault on their instruments that's as clever as it is unpretentious -- "Hog's Jaw" takes the central riff from Ian Samwell's Brit-rock standard "Move It" and turns it sideways on the opening, while "By Hook or by Crook" could have been the early Who (of "Anytime You Want Me") rehearsing on a good day with a fill-in for Keith Moon, and "It's Gonna Hurt You (More Than It Hurts Me)" is a delightful rewrite/reconception of "All Day and All of the Night," except that it makes the latter song seem overly sophisticated. And "Neither Fish nor Fowl" may be the finest Bo Diddley track that the rock & roll legend himself didn't write or record, and also manages to conjure up echoes of the Rolling Stones' "Please Go Home." ~ Bruce Eder 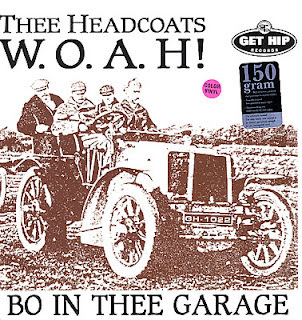 
"Out of print forever! Thee Headcoats take on Bo Diddley in thee finest fashon, lo-fi and Childish as hell!" - Dionysus


"If it's Friday, there must be a new album by THEE HEADCOATS." - epulse


"Thee Headcoats -- consisting of singer/guitarist Billy Childish, drummer Bruce Brand, and bassist Jonny Johnson -- were the garage-punk kings of the world during their decade-plus career, which ended in 1999. Their music featured all the elements that made Childish a cult figure: raucous, irrepressible energy, astonishing emotional directness, and sly subtle humor in spades -- oh, and an undying love for American blues and British punk, the two influences that have always informed Childish's musical output.

Thee Headcoats' sound was incredibly lo-fi; as you listen to Childish's dirty guitar and accented vocals, you really feel like you're right there in the garage with him, drinking whiskey and hanging out. Sophisticated production has never been the point for Childish, and neither has technical prowess. He has always focused on the visceral, the immediate, the honest -- and that's what you hear when listening to Thee Headcoats. You also hear the sound of a serious band that took nothing seriously, a bunch of mischievous pranksters who never cracked smiles. Despite the fact that they never do anything especially innovative -- every Childish song is in essence a tribute to the music he loves -- Thee Headcoats' music quickly begins to sound like the most original and personable music you've ever heard." - Jesse Ashlock 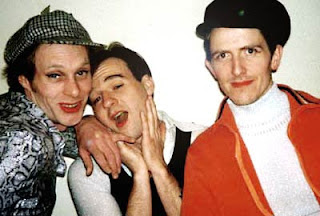 "When Thee Headcoats assembled to record Headcoatitude the studio were forced to cancel the session. Rather than gripe about it or descend into narcotic lethargy as so many bands would, they merely went to their rehearsal room and recorded a lo-fi album of covers. " - Bizarre (Feb 2001)