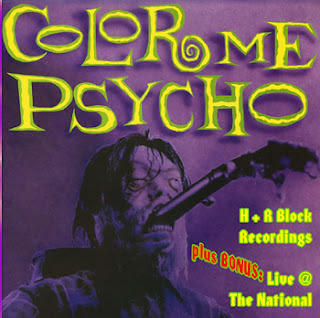 
"Calgary's ground zero! Comprised of members of legendary punk outfits The Sturgeons and Riot .303, they are the original and still the best...The band members went on (and on, and on...) to form other great Calgary bands such as The Primrods, Forbidden Dimension and The Von Zippers. 'Nuff said!" - Daaren Boreham 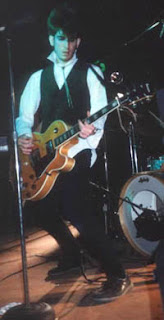 "Dez and I started this group as a late-in-the-day ('85) 2-man "new wave"project called the Cryptics. I was into the Damned, Cramps and garage/proto-metal stuff, while Dez was more of a Tubeway Army/Stranglers synthy kinda guy. Luckily, after hearing our horrid demo tape, former Sturgeons/Riot .303 guys S.P. Larkin and E. A. Crow joined up and were able to inject some much needed testosterone/humour into the proceedings. 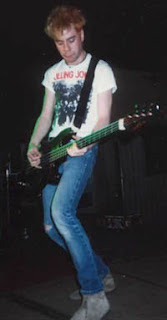 Dez eventually left to pursue a career as a chicken hygienist and we went through the revolving door thing with keyboard guys, doing a tape-only album with Worsley and a vinyl LP with Twelvefingers. We played around Calgary, Edmonton, Red Deer and made a trip out to Vancouver before killing the band off in the fall of '88. 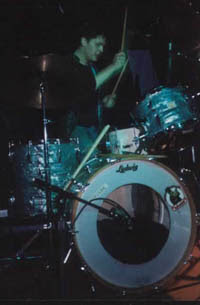 We also had a brief appearance in a horror movie called "Little Girls Don't Kill". Dave Trainor, local make-up genius and Fangoria magazine contest winner of the original severed head prop from "Reanimator", was the guy who built the banjo-through-the-head killbilly fellow on the LP cover. Our one brush with true greatness!" - Aleister Hexxx

"So for you fuzz fiends, I say, scour your local record emporium or one of them new fangled interweb money laundering places and see if you can score a copy of something, of anything by the late, the lost, the lamented Color Me Psycho." - Iren 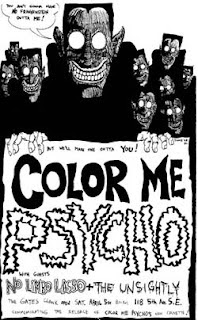 You can find a previous post to Color Me Psycho's Kiss Me, Then ... Color Me Psycho
w/ Pretend I'm Your Father in the archive if you click here.
Posted by Dgrador at 1:16 AM

Thank you so much! As a big CMP fan from soon after the release of Kiss Me... I wasn't expecting to ever hear any more CMP that I hadn't heard before. Amazing stuff!

This is amazing. May I recommend:

Smokes is a must have.

Saw Forbidden Dimension play last Friday at the Stetson and it was a great show!